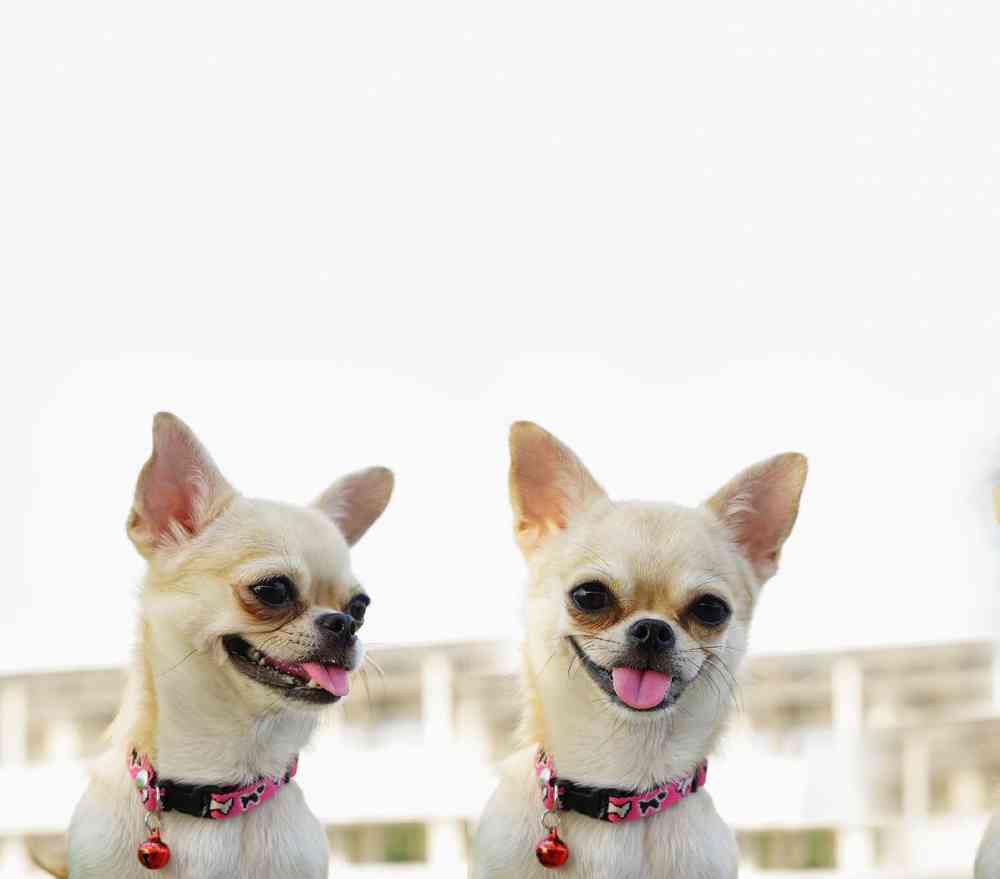 The Chihuahua is a tiny dog with a huge personality. A national symbol of Mexico, these alert and amusing "purse dogs" stand among the oldest breeds of the Americas, with a lineage going back to the ancient kingdoms of pre-Columbian times. 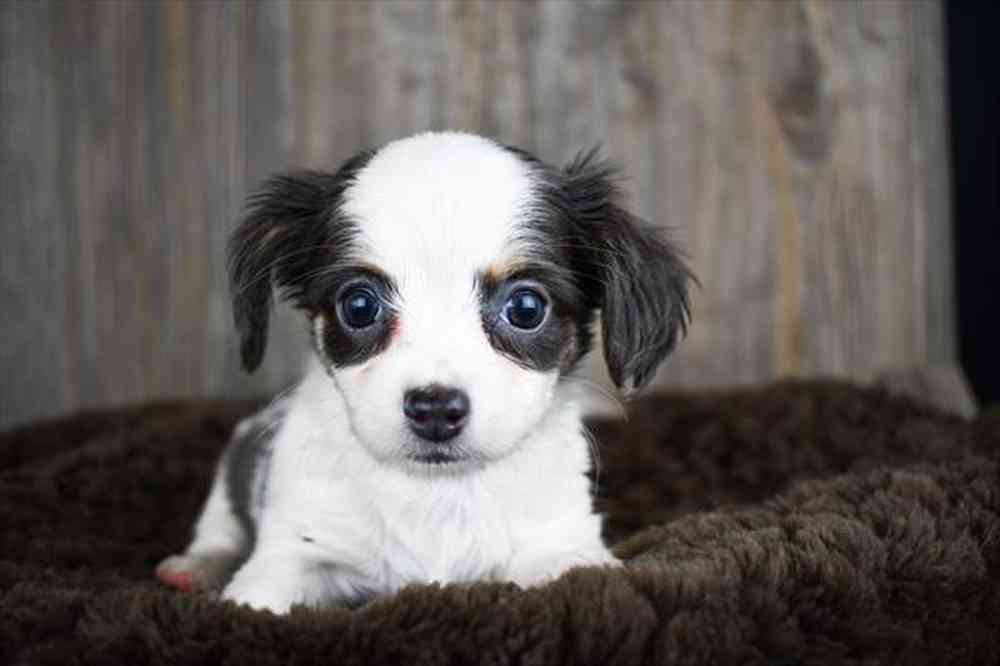 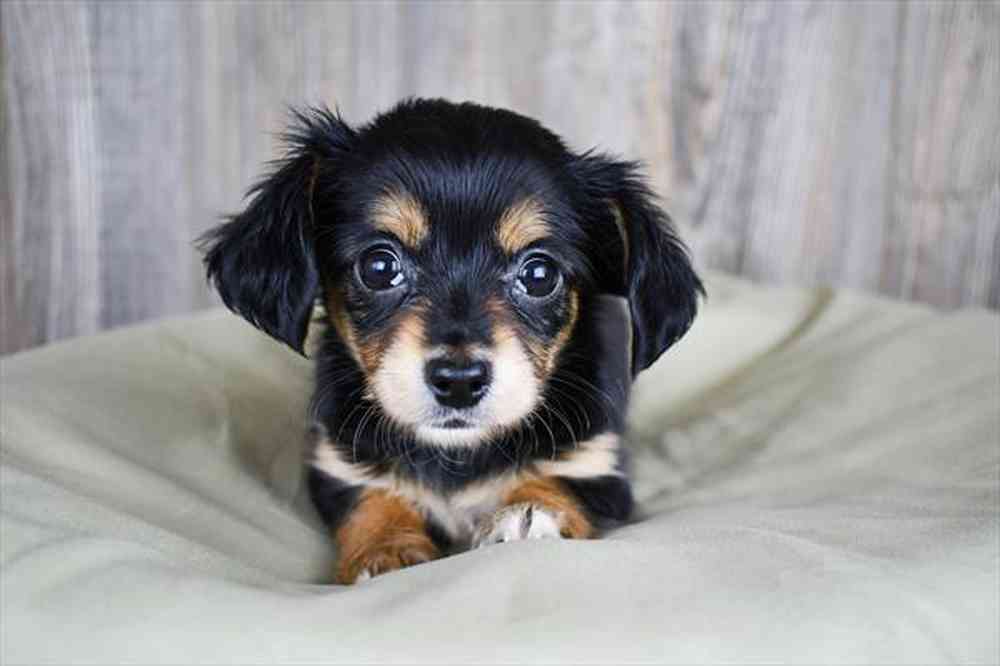 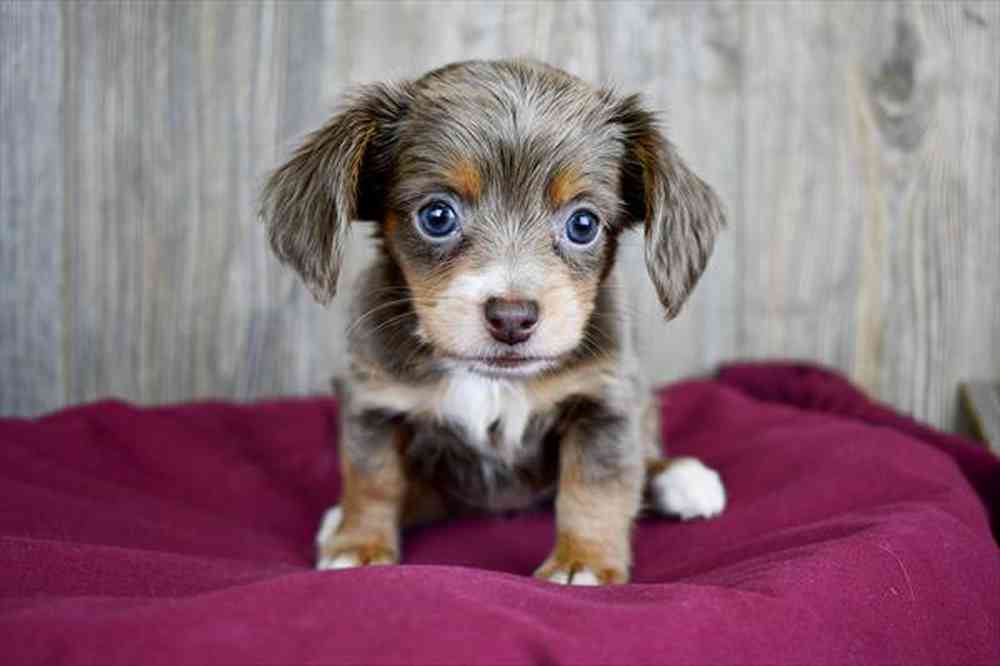 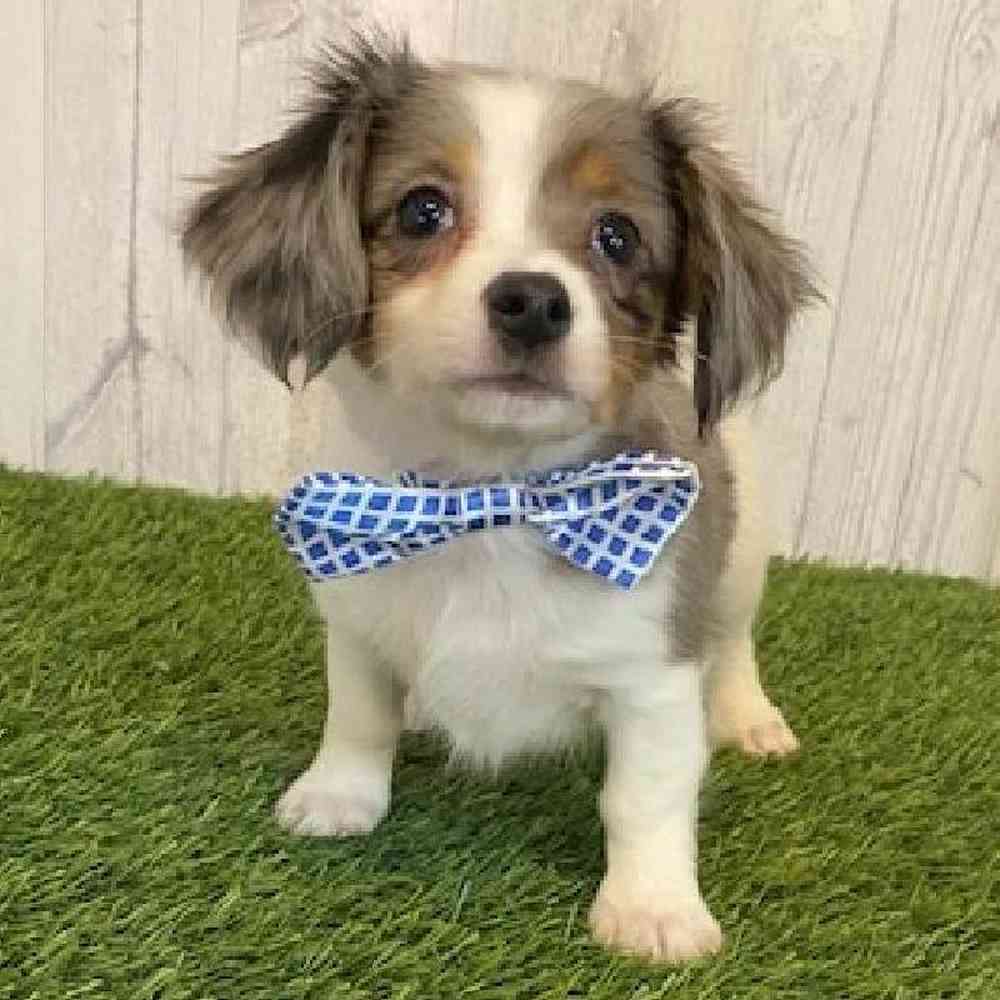 A graceful, alert, swift-moving compact little dog with saucy expression, and with terrier-like qualities of temperament

A well rounded "apple dome" skull, with or without molera. Expression – Saucy. Eyes - Full, round, but not protruding, balanced, set well apart-luminous dark or luminous ruby. Light eyes in blond or white-colored dogs permissible. Blue eyes or a difference in the color of the iris in the two eyes, or two different colors within one iris should be considered a serious fault. Ears – Large, erect type ears, held more upright when alert, but flaring to the sides at a 45 degree angle when in repose, giving breadth between the ears. Stop – Well defined. When viewed in profile, it forms a near 90 degree angle where muzzle joins skull. Muzzle – Moderately short, slightly pointed. Cheeks and jaws lean. Nose – Self-colored in blond types, or black. In moles, blues, and chocolates, they are self-colored. In blond types, pink noses permissible. Bite – Level or scissors. Overshot or undershot, or any distortion of the bite or jaw, should be penalized as a serious fault. A missing tooth or two is permissible. Disqualifications – Broken down or cropped ears.

Muscular, with hocks well apart, neither out nor in, well let down, firm and sturdy. Angulation – Should equal that of forequarters. The feet are as in front. Dewclaws may be removed.

In the Smooth Coats, the coat should be of soft texture, close and glossy. (Heavier coats with undercoats permissible.) Coat placed well over body with ruff on neck preferred, and more scanty on head and ears. Hair on tail preferred furry. In Long Coats, the coat should be of a soft texture, either flat or slightly wavy, with undercoat preferred. Ears – Fringed.

Any color - Solid, marked or splashed.

Full and long (as a plume). Feathering on feet and legs, pants on hind legs and large ruff on the neck desired and preferred. (The Chihuahua should be groomed only to create a neat appearance.) Disqualification - In Long Coats, too thin coat that resembles bareness.

The Chihuahua should move swiftly with a firm, sturdy action, with good reach in front equal to the drive from the rear. From the rear, the hocks remain parallel to each other, and the foot fall of the rear legs follows directly behind that of the forelegs. The legs, both front and rear, will tend to converge slightly toward a central line of gravity as speed increases. The side view shows good, strong drive in the rear and plenty of reach in the front, with head carried high. The topline should remain firm and the backline level as the dog moves.

Any dog over 6 pounds in weight. Broken down or cropped ears. Docked tail, bobtail. In Long Coats, too thin coat that resembles bareness.

The Chihuahua is a balanced, graceful dog of terrier-like demeanor, weighing no more than 6 pounds. The rounded “apple” head is a breed hallmark. The erect ears and full, luminous eyes are acutely expressive. Coats come in many colors and patterns, and can be long or short. The varieties are identical except for coat. Chihuahuas possess loyalty, charm, and big-dog attitude. Even tiny dogs require training, and without it this clever scamp will rule your household like a little Napoleon. Compact and confident, Chihuahuas are ideal city pets. They are too small for roughhousing with kids, and special care must be taken in cold weather, but Chihuahuas are adaptable—as long as they get lots of quality time in their preferred lap.

Likenesses of Chihuahua-like dogs decorate the artifacts of lost civilizations around the world. Trading among ancient cultures was more widespread than commonly assumed, so it is no surprise that similar dog types took root in far-flung places. How the Chihuahua type first came to the peoples of Mexico, however, is a secret of prehistory. We do know that when the Toltecs held sway in Mexico about a thousand years ago, their breed of choice was the Techichi, a larger, heavier ancestor of today’s Chi. The Aztecs conquered the Toltecs in the 12th century. Historians credit the Aztecs with refining the Techichi into a smaller, lighter dog. By the time Spanish conquistadors toppled Aztec civilization in the 1500s, the Techichi was so integral to Aztec culture it was considered one of Montezuma’s fabled treasures, once presumed lost forever after the conquest of Cortez. But the hardy little dogs lived on in remote villages and, in the mid-1800s, when Americans began to take an interest in the breed, they found many specimens in the State of Chihuahua. So it was that this survivor of two lost civilizations gained worldwide fame as the Chihuahua. The first AKC-registered Chihuahua, a little guy named Beppie, was recorded in 1908. The famous bandleader Xavier Cugat did much to popularize Chihuahuas in the 1940s and 50s. More recently, these natural performers stole the show in “Beverly Hills Chihuahua,” “Legally Blonde,” and “Sex and the City.” The minor-league baseball team of El Paso, Texas, is named the Chihuahuas.

A graceful, alert, swift-moving compact little dog with saucy expression, and with terrier-like qualities of temperament.

A high-quality dog food appropriate to the dog’s age (puppy, adult, or senior) will have all the nutrients the breed needs. Some Chihuahuas are prone to getting overweight, so watch your dog’s calorie consumption and weight level. Treats can be an important aid in training, but giving too many can cause obesity. Give table scraps sparingly, if at all, especially avoiding cooked bones and foods with high fat content. Learn about which human foods are safe for dogs, and which are not. Check with your vet if you have any concerns about your dog’s weight or diet.

The two coat varieties of the Chihuahua have slightly different grooming needs. The smooth-coat Chihuahua will need only occasional brushing and regular baths to look dapper, while the longhaired variety should have his coat brushed at least once a week to avoid any tangles or mats. Both varieties should have their nails trimmed regularly. Good dental care is necessary and should include brushing your dog’s teeth, and the vet might also recommend treats designed as part of a tooth-care program. Check the Chihuahua’s ears regularly, and remove any excess wax or debris to avoid ear infections.

The Chihuahua loves to run and play and can usually get enough exercise in a very small space. Simply trotting around following their people is usually enough exercise for this happy breed. Short, slow walks will keep your dog in good weight and condition. Avoid overexerting the Chihuahua. If your dog is panting and working hard to keep up, it’s time to pick him up and carry him home.

The Chihuahua is a very alert little dog of high intelligence. He is eager to please his humans and responds well to positive training practices. Chihuahuas seem well aware of how cute they are and learn how to get their way. From the very beginning you must enforce the fact that you are in charge. Never allow your Chihuahua puppy to do anything that will be unacceptable in an adult. They can have a bit of a “terrier” temperament, so a firm but gentle hand is necessary when training. They can excel in obedience training and other canine sports.

The majority of Chihuahuas are healthy little dogs, but there are some genetic issues that can affect the breed. You should choose your dog from a breeder who routinely does genetic health screenings on all breeding stock to ensure that the puppies they produce are as genetically sound as possible. Some of the issues that can possibly affect the Chihuahua include potential heart problems (patent ductus arteriosus, mitral valve disease), eye disease, and patellar luxation (loose kneecaps). Idiopathic epilepsy is also known to occur in the breed. 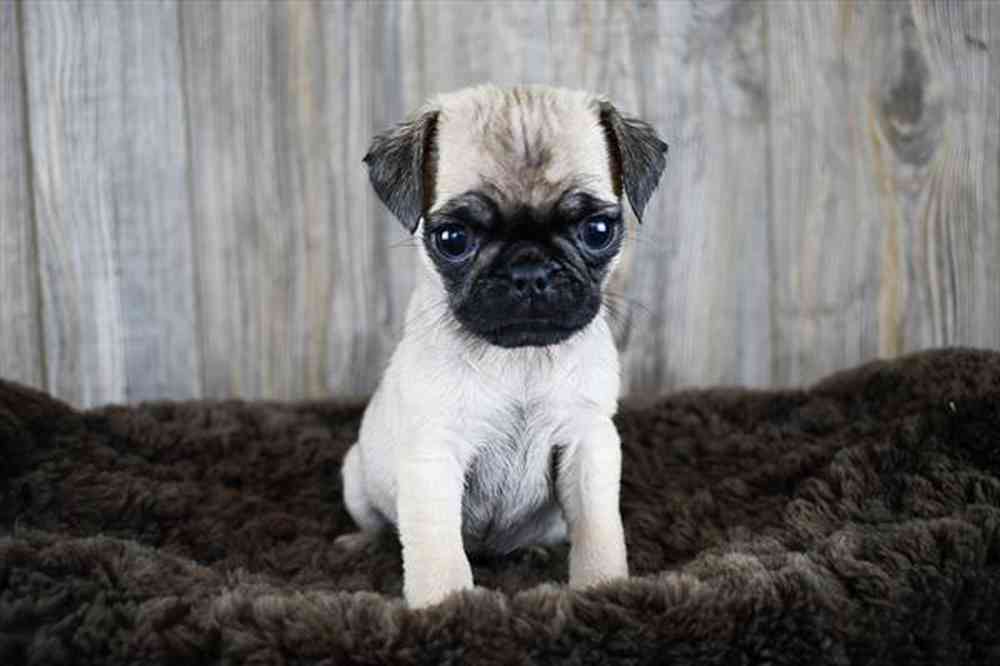 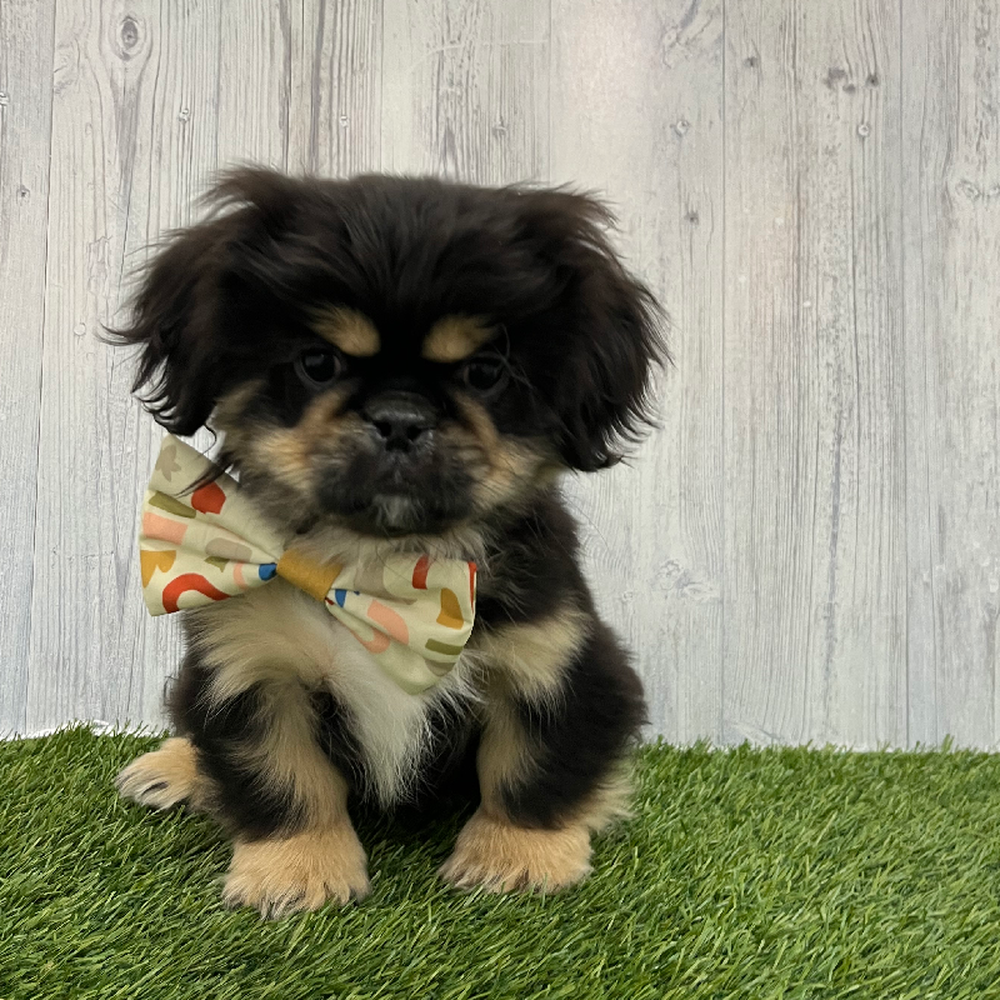 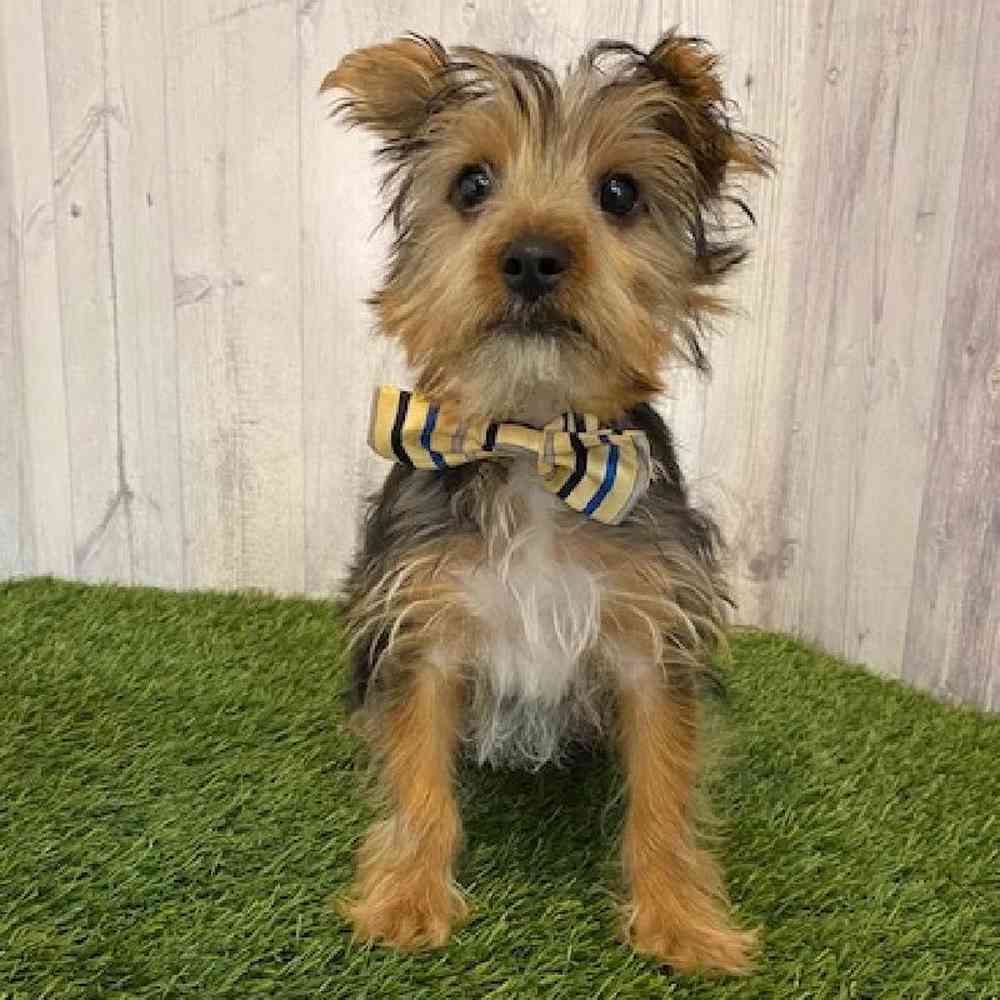 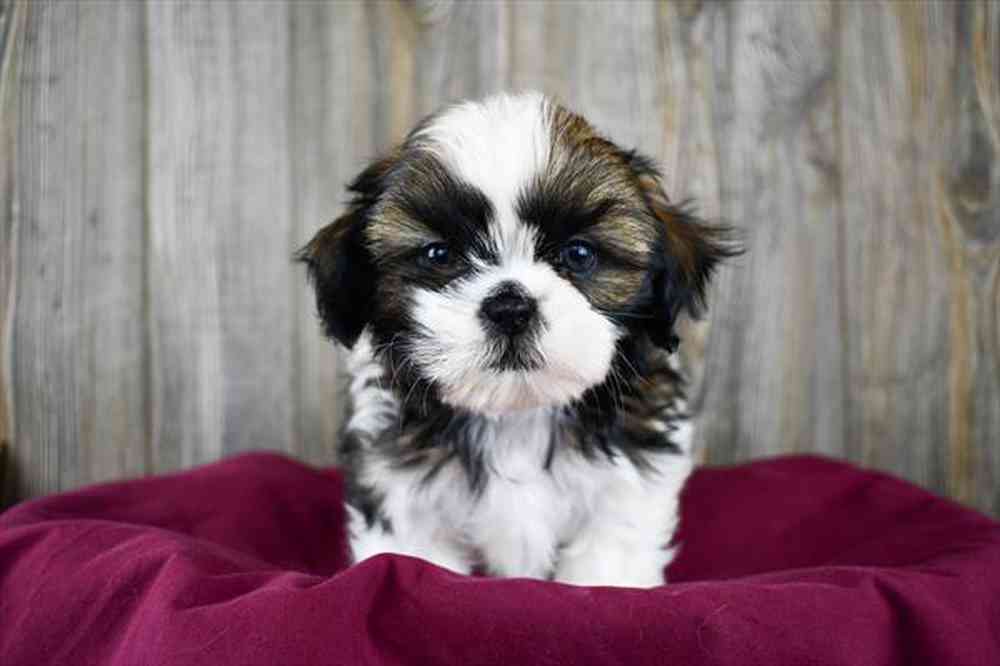 Need Puppy Help, Give us a Call!

We are dedicated to matching the perfect pet with the right family; Stop by today!